The energizers and team building activities are aimed at gather and prepare group of people to take part in some educational activities; such activities are very important, especially when people meet for the first time and they have different backgrounds. Such activities were performed during the international training course and used also by the EVS volunteers during their mobility experience.

The wholegroup is in circle and they say their names one by one, marking it with an expression/move. The next person has to say the name and to replicate the move of the person/people that was/were before them and introduce themselves and their move afterwards. The exercise finishes when the last person of the circle repeats all the names and moves and introduces her/himself.

Participants split into pairs will create the badge of her/his fellow: name, country and three words/curiosity about her/him. After 5 minutes, everyone presents their pair and put their badge on the t-shirt.

List of tasks that the participants have to do all together working in team.

At the end, a debriefing reflecting on the teamwork, leadership, etc. game will follow.

Participants sit in a circle. One person leaves the room. The rest of the group chooses a ‘leader’. The leader must perform a series of actions, such as clapping, tapping a foot, etc. and the whole group copies that. The volunteer comes back into the area, stands in the middle and tries to guess who is leading the actions. The group protects the leader by not looking at her/him. The leader must change the actions at regular intervals, without getting caught. When the volunteer spots the leader, she/he joins the circle, and the person who was the leader leaves the room to allow the group to choose a new leader.

This exercise should be performed in pairs and it works best with groups of participants speaking different native languages.

Two volunteers are requested to come on stage, preferably members who speak a different native language. Each pair addresses to the rest of the group in turn. One person in each pair takes on the role of the guest speaker who will tell an amusing short story to the rest of the group. The second person plays the interpreter who has to interpret everything that the guest speaker says, translating it into the working language of the group.

This can be very funny when the guest speaker is speaking a language that a few of the other group members also speak, as they will be laughing at different parts of the performance and also will find the translation more amusing. The laughing can be very contagious! Players who understood the guest speaker can then comment on how close the interpreter was to the real story.

The participants are moving inside a circle and have to repeat movements introduced by the facilitator and let their bodies move and ‘wake up’ on their own.

The participants are moving in a circle and replying with the phrases in a foreign language that the facilitator has already taught them. Then, participants start shouting with low voice. The activity continues until the participants have obtained the energy to continue with their day.

I take a ball!

The facilitator introduces an imaginary ball by ‘holding’ it and says the phrase ‘ I take a ball..’ and while moving his/her hands says‘..I put it here..’ choosing where to put the ball and finishes with ‘.. Na nan a na’. The participants, standing in a circle, are repeating every phrase and move of the facilitator. Each person becomes voluntarily the facilitator himself or herself and continues the game, putting the ball on other parts of their body or environment.

One of the main focus of the ARTCOM project is the sharing of best practices among Africa and Europe. Experiencing new cultures, visions and methodologies can allow youth workers to improve their work and to impact on their local communities.

Following this idea, ARTCOM trainers made an experience of learning by doing during the international training course. Taking advantage of the presence of African and European youth workers and experts on art therapy, they created a dynamic framework in which each partner contributed with national workshops. 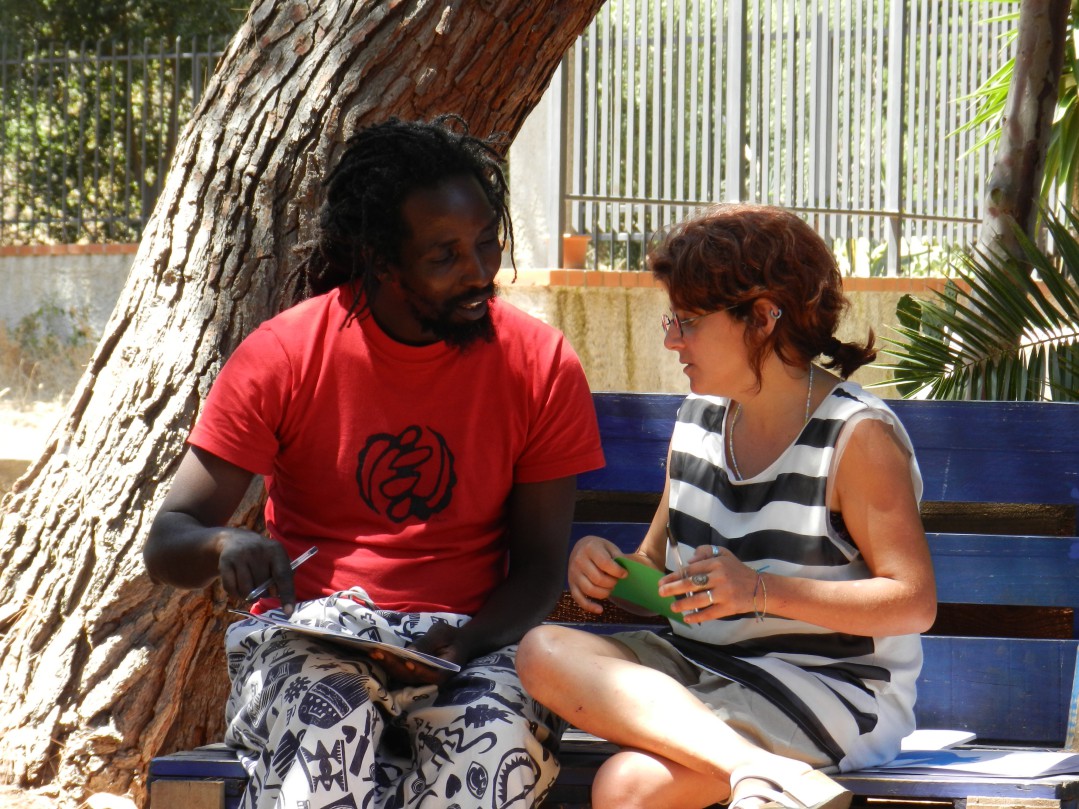 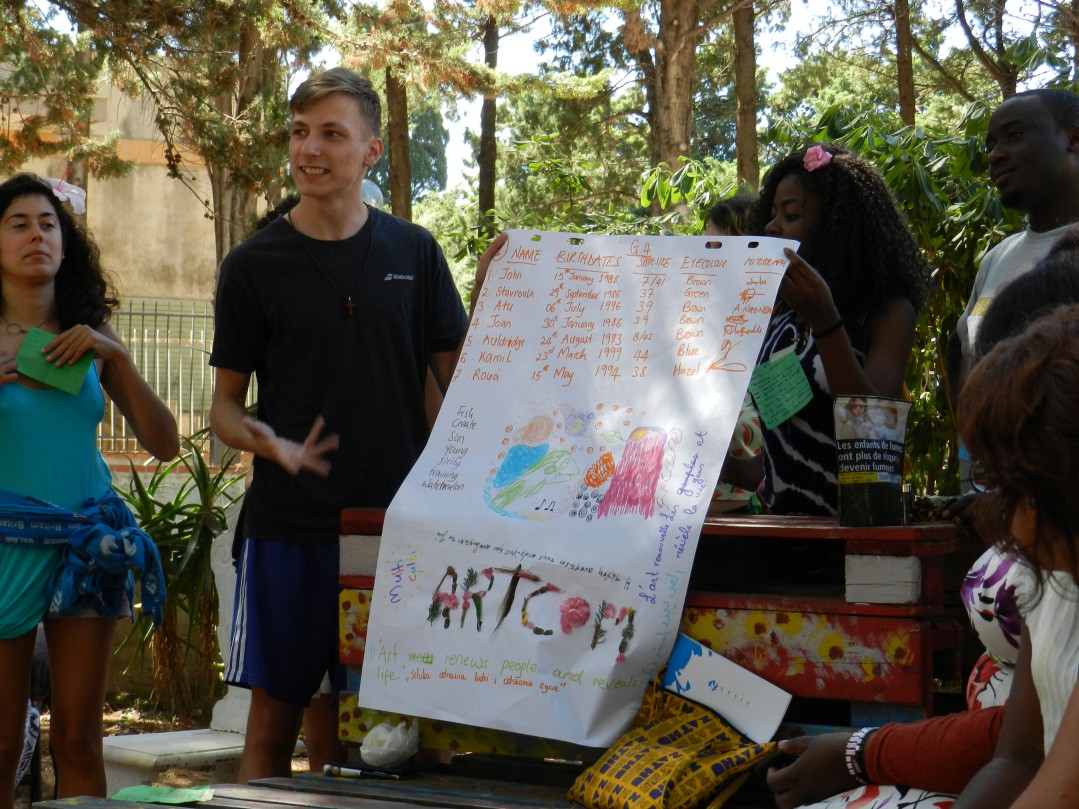 The basic idea was to present different forms of Art Therapy according to the topic and using sustainable materials, easy to come by in any condition and situation and without having a big budget. This is very important considering that not all local communities allow youth workers to access economic supports and affordable resources for their job.

The following activities represent the main ideas introduced during the 8 days of training,which were tested and used by the EVS volunteers. By the end of this document, it will be possible to collect ideas and tips to implement the same activities in any situation, benefiting from clear and easy instructions to follow step by step. The experts from African and European countries implemented these activities in an eco-friendly environment, using the space provided by the training and involving all spaces and materials at their disposal or, in some special cases, teaching to participants how to create the required materials they can not afford. 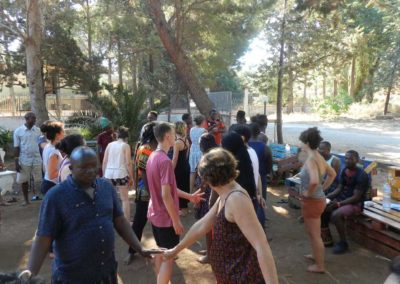 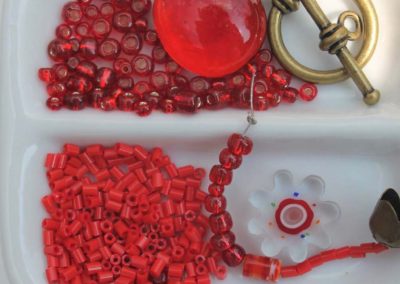 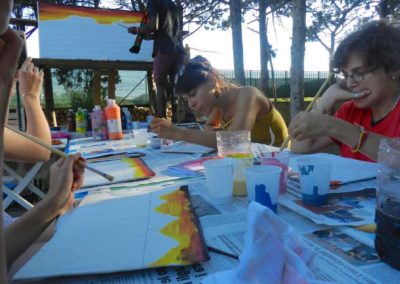 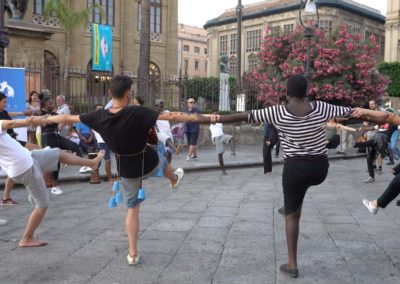 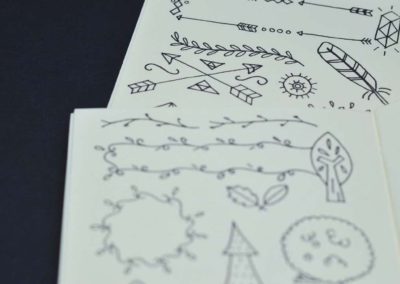 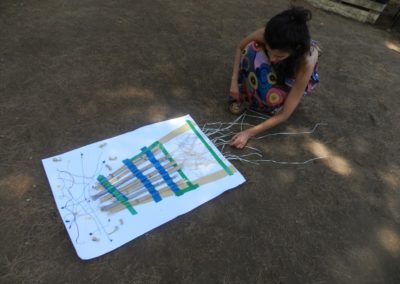 The thread of our thoughts 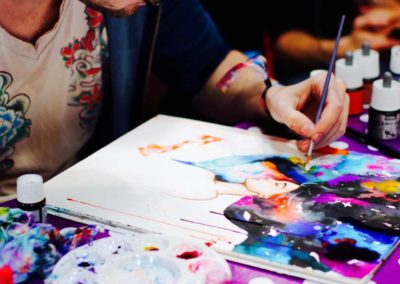 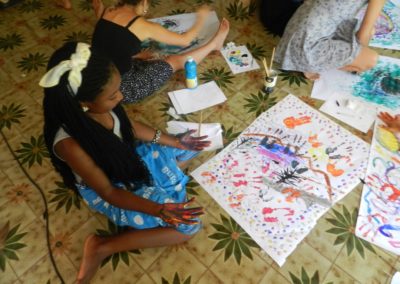 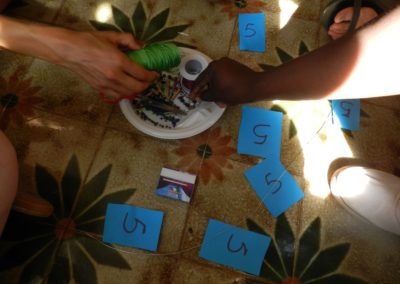 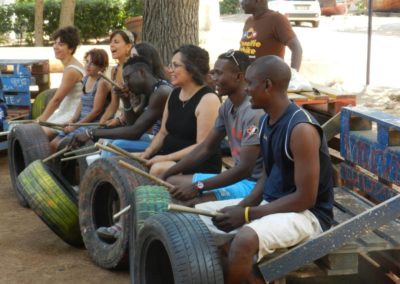